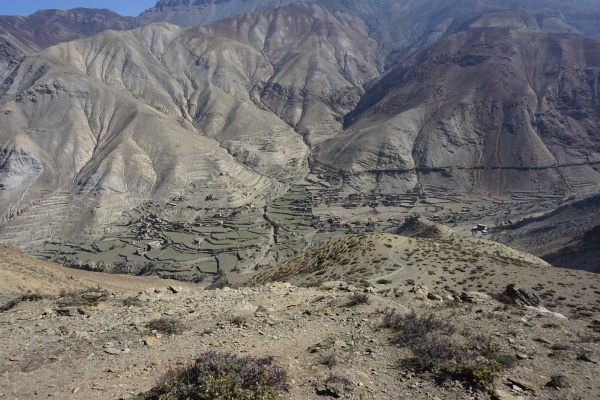 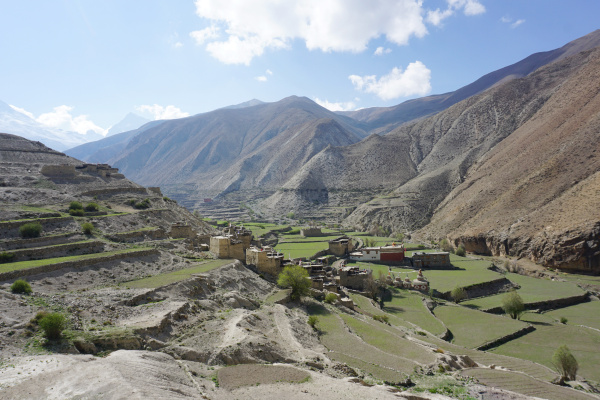 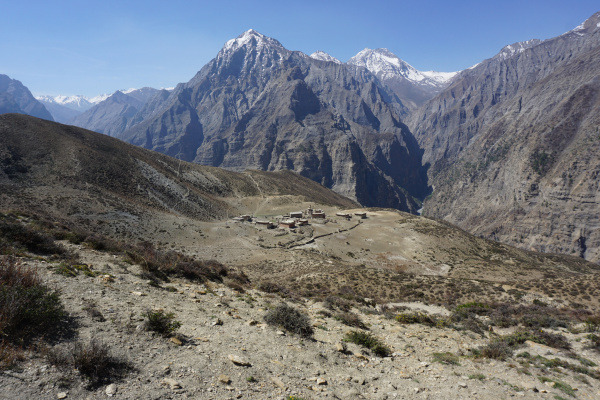 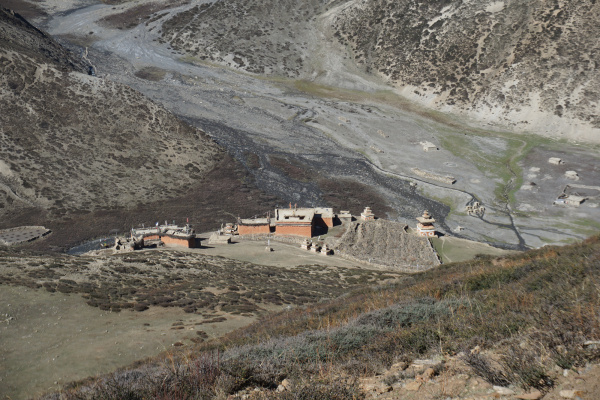 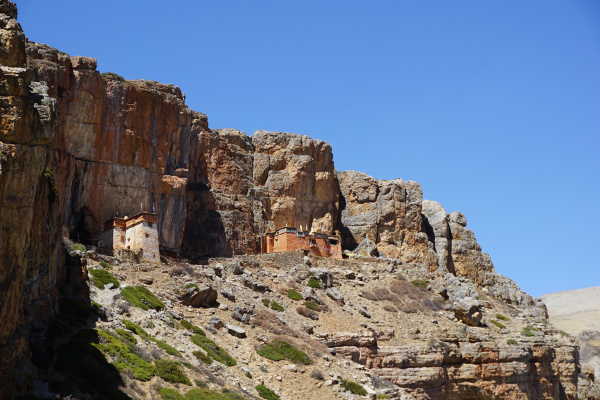 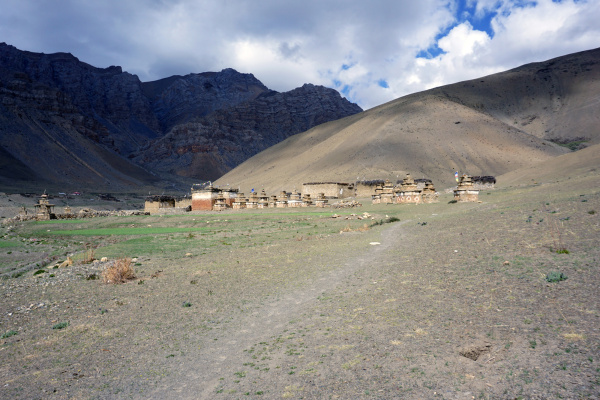 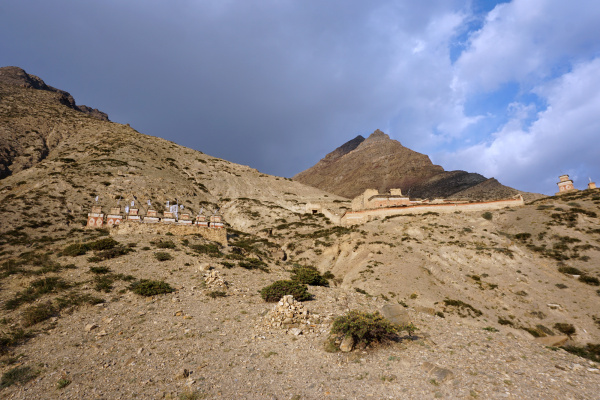 Hrab Monastery on the hillside near Tsa. Auer 2018 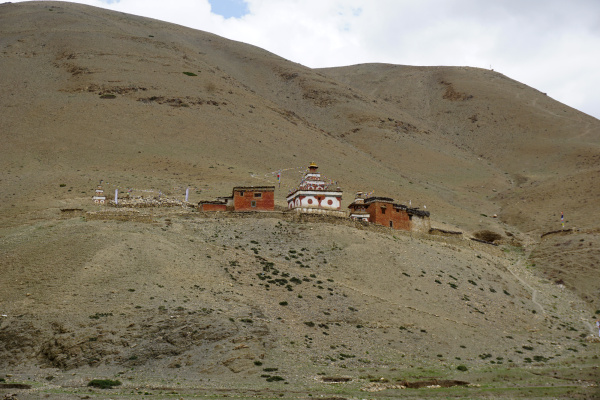 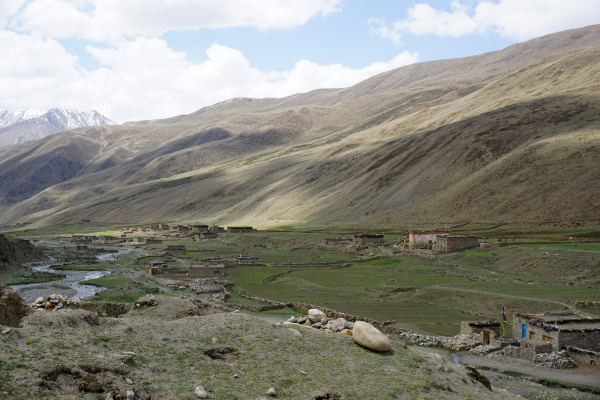 Dolpo is a Nepalese region culturally influenced by Tibet. It encompasses four valleys situated in a territory bordering the Tibet Autonomous Region (China). More than 90 percent of the area is lying over 3500 meters above sea level. Dolpo has the lowest population density of all Nepalese regions. Surrounded by the mountain ranges of the Himalayas, without roads, only limited availability of electricity and modern means of communication, a relatively untouched culture has been preserved here. The Upper Dolpo valleys in the north can only be reached with official travel permit and by crossing more than 5000 meter high passes. The conditions framing the field research are restricted by these political, geographic and climatic circumstances. The next airport is in Juphal at 2460 meters above sea level, about 12 kilometers from Dunai, the capital of the district. From here, the way up to Upper Dolpo can be covered exclusively on bridle paths and accompanied by local mountain guides and carriers.
The project was launched in April 2018. The first research trip took place in May and June 2018, with the scope to first gather information of the state of the various sacral buildings in the area. The approved funding allowed a duration of a field research in Dolpo of 30 days. The itinerary led from Dunai northwards to Ringmo where the control station between Lower Dolpo and Upper Dolpo is situated, then further to Shey, Tsakhang, Bijer and Samling. The way back went to Saldang, on to Tsa, on the oposite of which lies Hrab, onward to Tokyu, Kagar, Dho Tarap and Shipchok, and then returning to the starting point to Dunai.
After our first expedition to Dolpo in May and June 2018 a collection of material for the planned field research in the following year could be worked out. On the basis of this material, the fieldwork 2019 was projected. The collected material of the year 2018 show a first presentation of interesting temple sites in Lower and Upper Dolpo, including site plans of the ensemles, building descriptions and available references as well as a selection of photographs.
During the executed field research of the second expedition to Dolpo in May and June 2019, Upper Dolpo was not accessible due to the unusual amount of snow of the previous winter, which caused many avalanches, making the valleys passable only under risky circumstances until that time. Instead of the planed field research in Upper Dolpo, we had to concentrate on the building sites in Lower Dolpo which were reachable. After the building survey of the Thasung Tsholing Monastery of Ringmo, we could document the Temples of Pugmo (Namgyal Lhakhang) und Pumer (Thegchen Rabgyeling Gompa), which are located near Ringmo. Subsequently, the temples of Tokyu (Jampa Lakhang) and Shipchok (Dargye Phuntsoling Gompa) in the Tarap Valley could be surveyed. So, as a result of the 2019´s field work we could elaborate the plan documentation of five tempel sites.
The temples of Ringmo, Pugmo, Pumer and Shipchok are associated with the Bonpo teachings. Bon (Tib.: truth, reality, true teaching) was the predominant religion of the Tibetans before the establishment of Buddhism as the state religion in the 8th century. The school of Bonpo in Dolpo, also called bon-dkar (“the white bon”), stands close to the ideas and rites of the non-reformed Nyingma school. In 1977, the Dalai Lama recognized Bon as the fifth spiritual school of Buddhism, thus Bon has had official acknowledgment of its status as a religious group, with the same rights as the Buddhist schools. 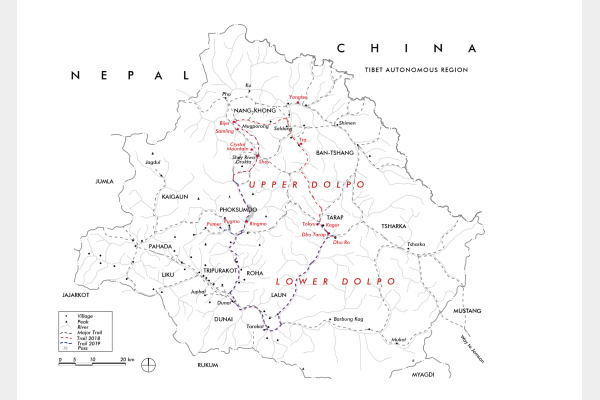 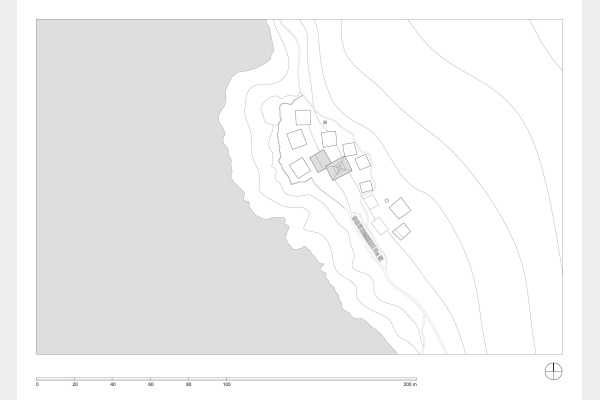 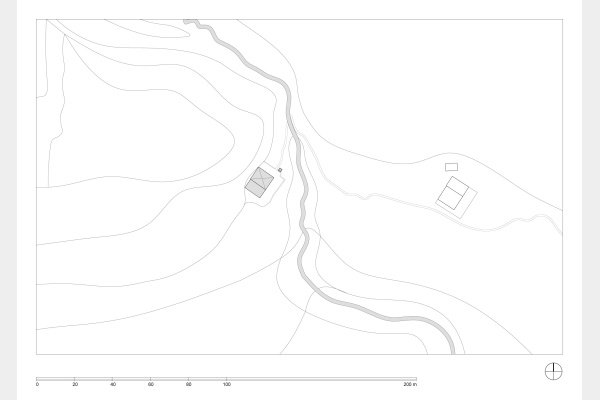 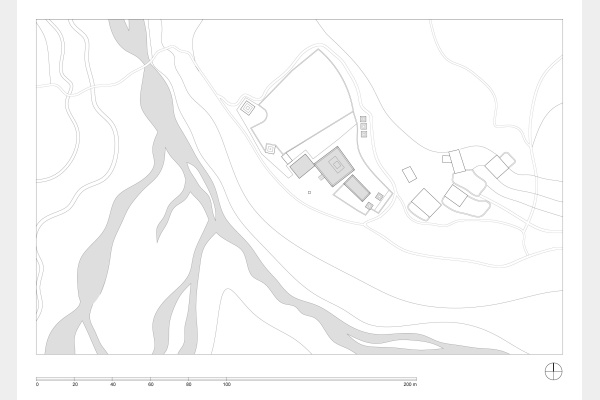 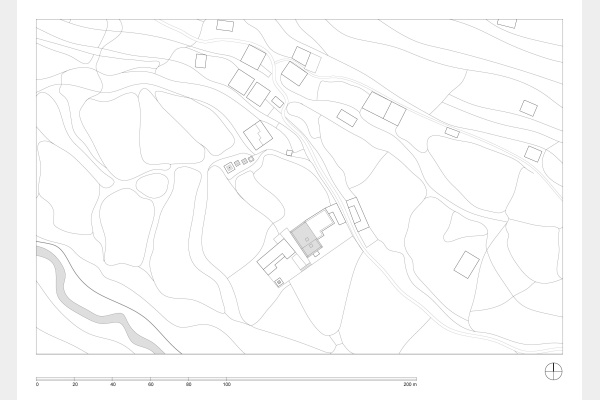 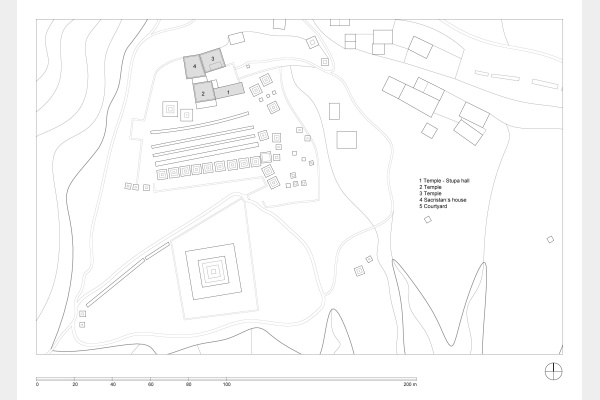 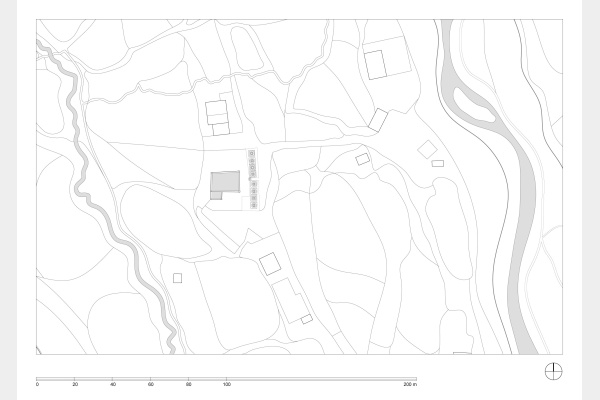 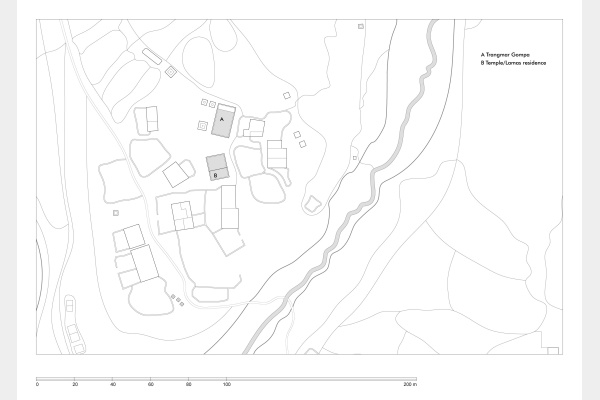 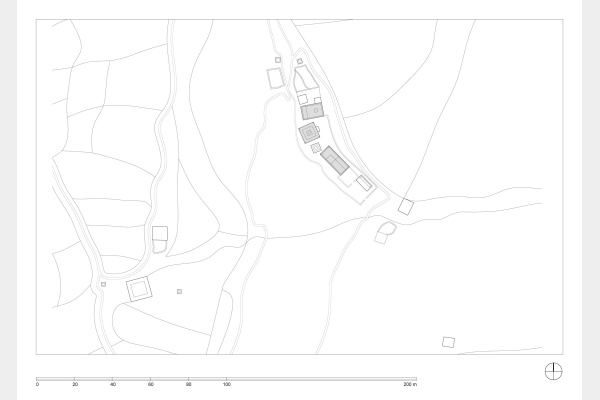 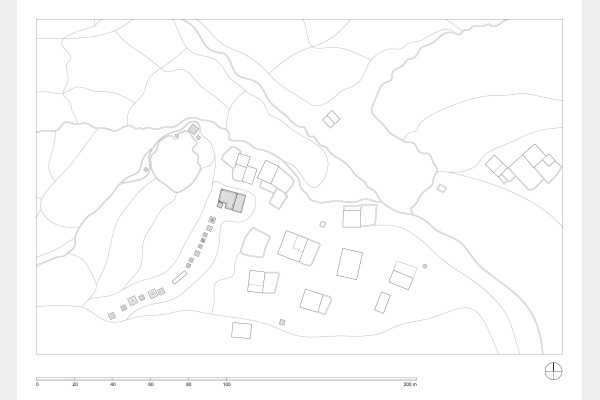 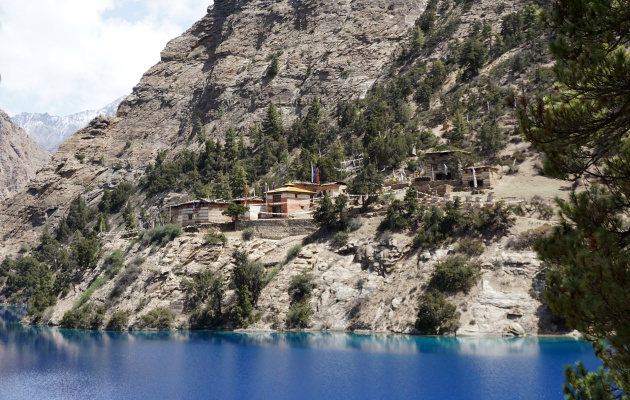 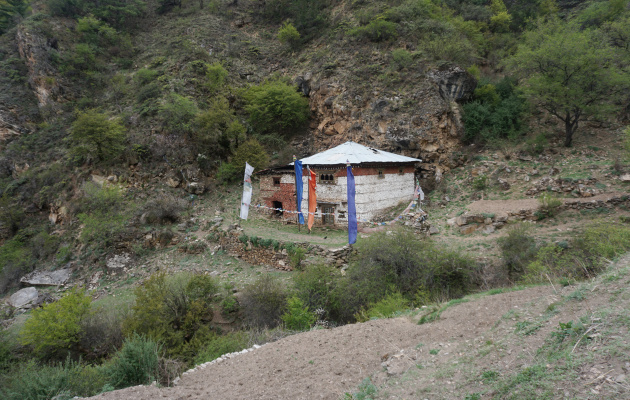 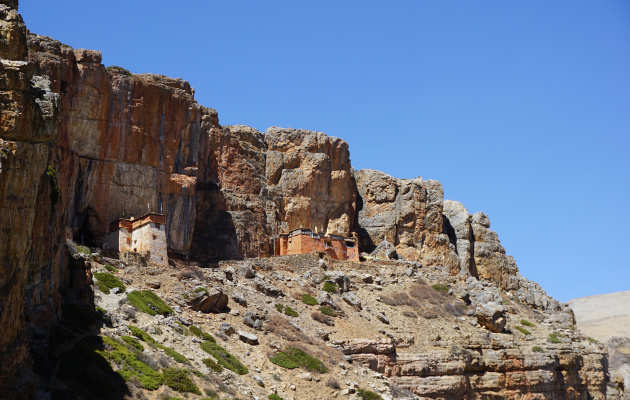