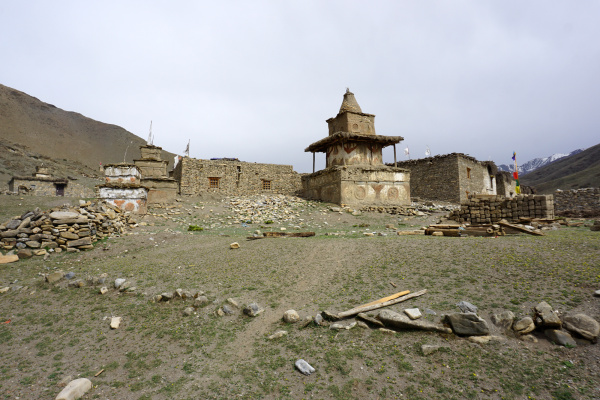 the Trangmar Gompa in Kagar

The Kagar settlement is situated on a terrace overlooking the left bank of the river valley, close to Dho Tarap in Lower Dolpo. It consists of several residential houses, two temples and numerous prayer walls and chörten. The Trangmar Gompa is located on the northern side of the settlement, next to a group of large chörten on its western side.
The building is single storey, entrance hall and front door are oriented to the south. The poor state of the construction and the increasing decline led to irreparable damages in the interior of the temple. In order to protect the remaining furnishing and decoration, all exterior walls, as well as the windows and doors and the roof have been almost completely renewed.
The wooden structure inside - consisting of four columns with overlying, carved capitals, as well as the wooden ceiling - is still preserved. The room-high painted shelf on the north side of the room where surviving parts of the sculptures and the books are kept, has been preserved as well. Unfortunately, the high-quality mural paintings which are located behind the former altar on the north side of the room can only be seen in fragments.
In some parts of the building traces of the former plaster layer can still be discerned on the otherwise unplastered walls, for example on the east side of the vestibule. On the north side the exterior plaster is preserved in the wall base, parallel there is another wall of rammed earth, which has survived only partially. 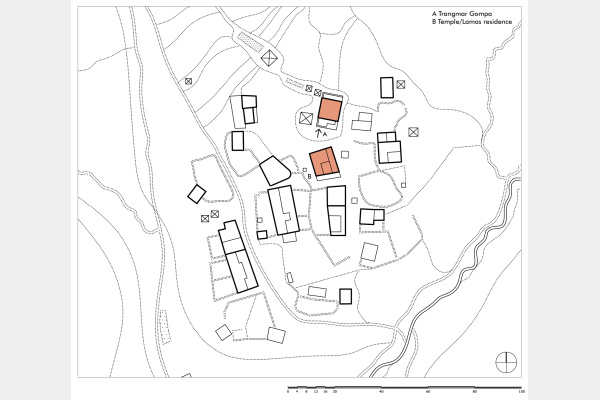 Site plan of the Trangmar Gompa in Kagar. TU Graz/Auer 2018 North-western view of the ensemble. Auer 2018 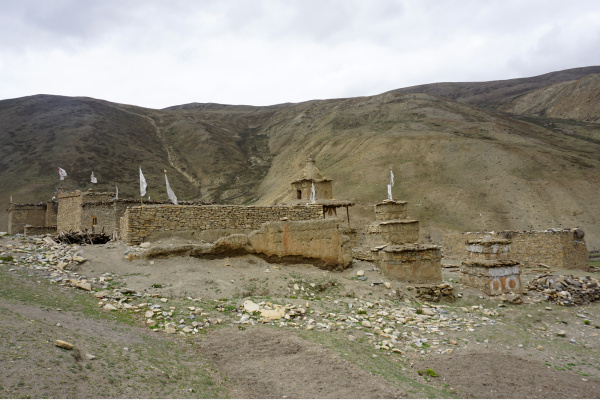 Northern view of the ensemble. Auer 2018 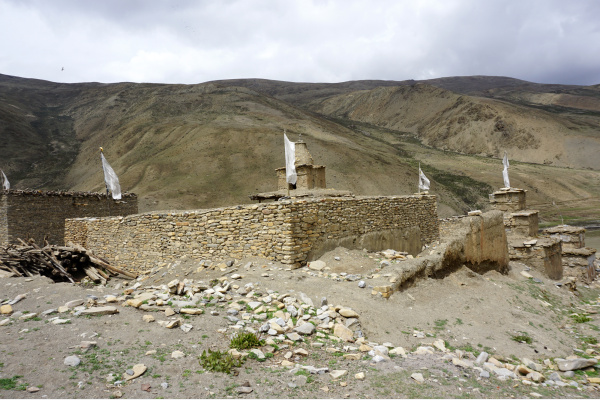 North-eastern view of the ensemble. Auer 2018 South-eastern view of the temple. Auer 2018 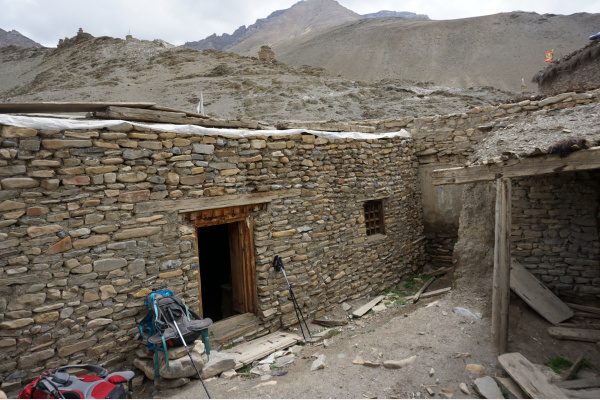 Vestibule with the entrance door. Auer 2018 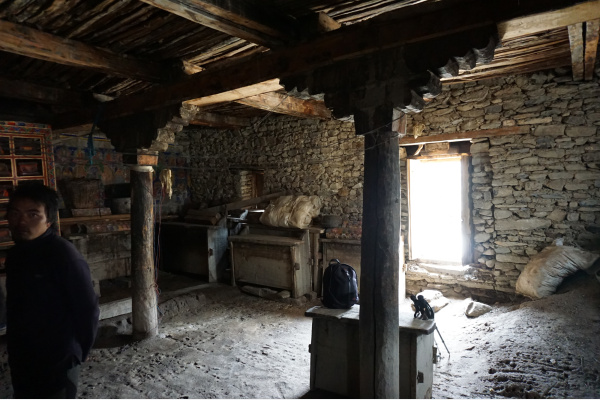 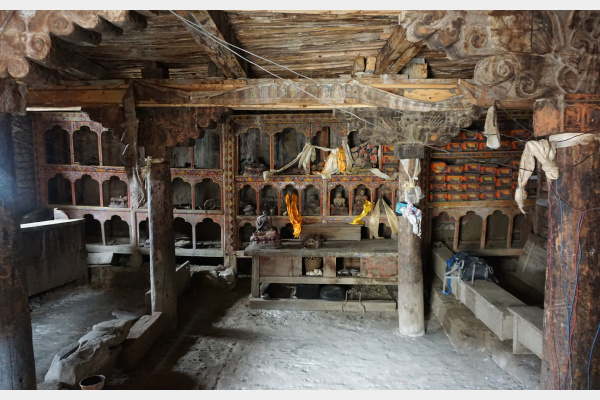 Interior of the temple with the altar and the bookshelf on the northern side. Auer 2018 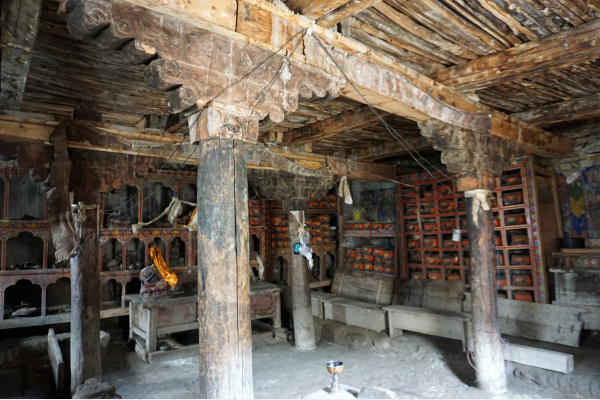 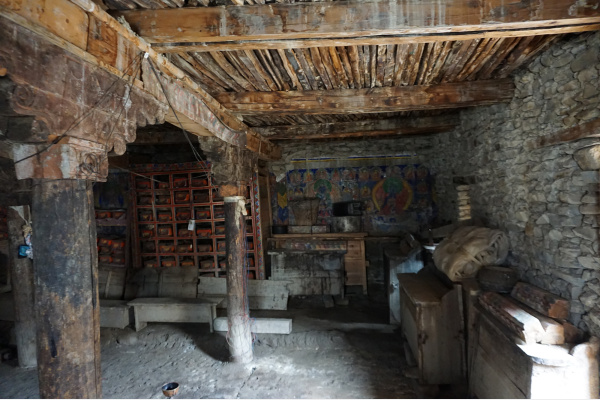 Interior of the temple, view to the east. Auer 2018 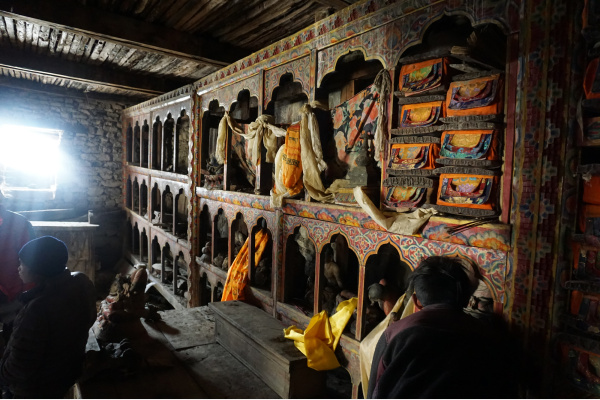 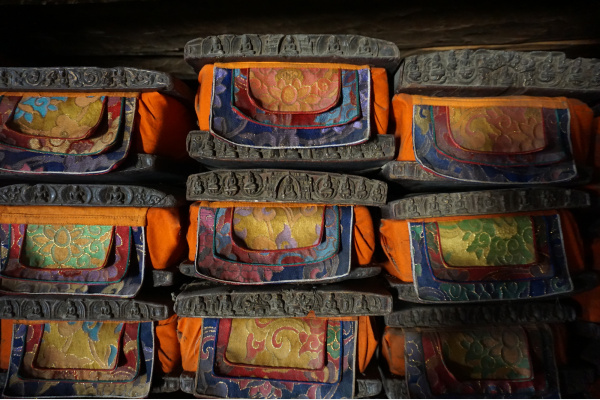 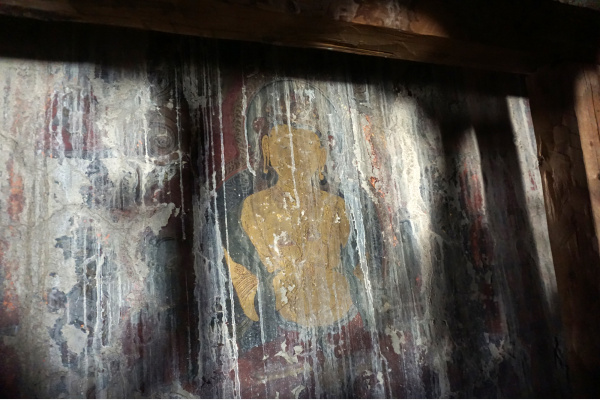 Murals behind the altar. Auer 2018 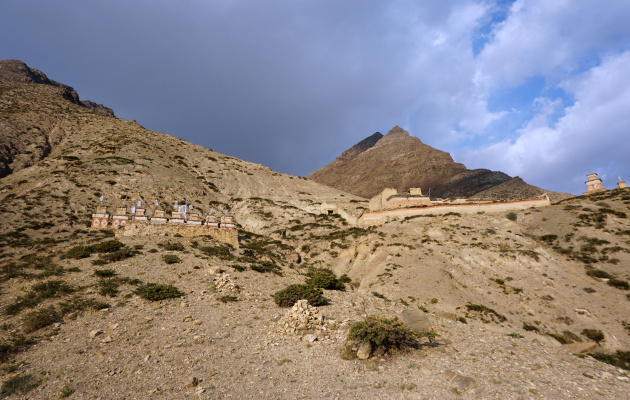 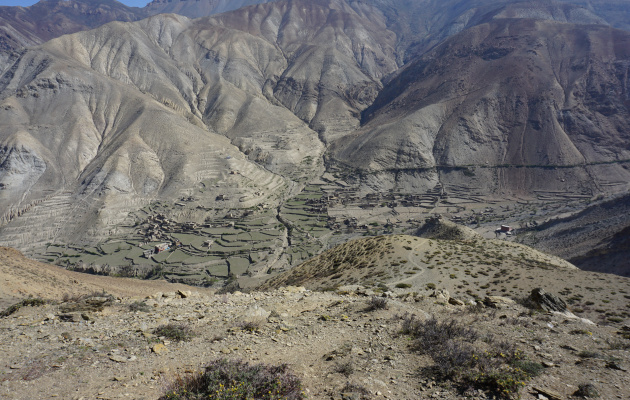